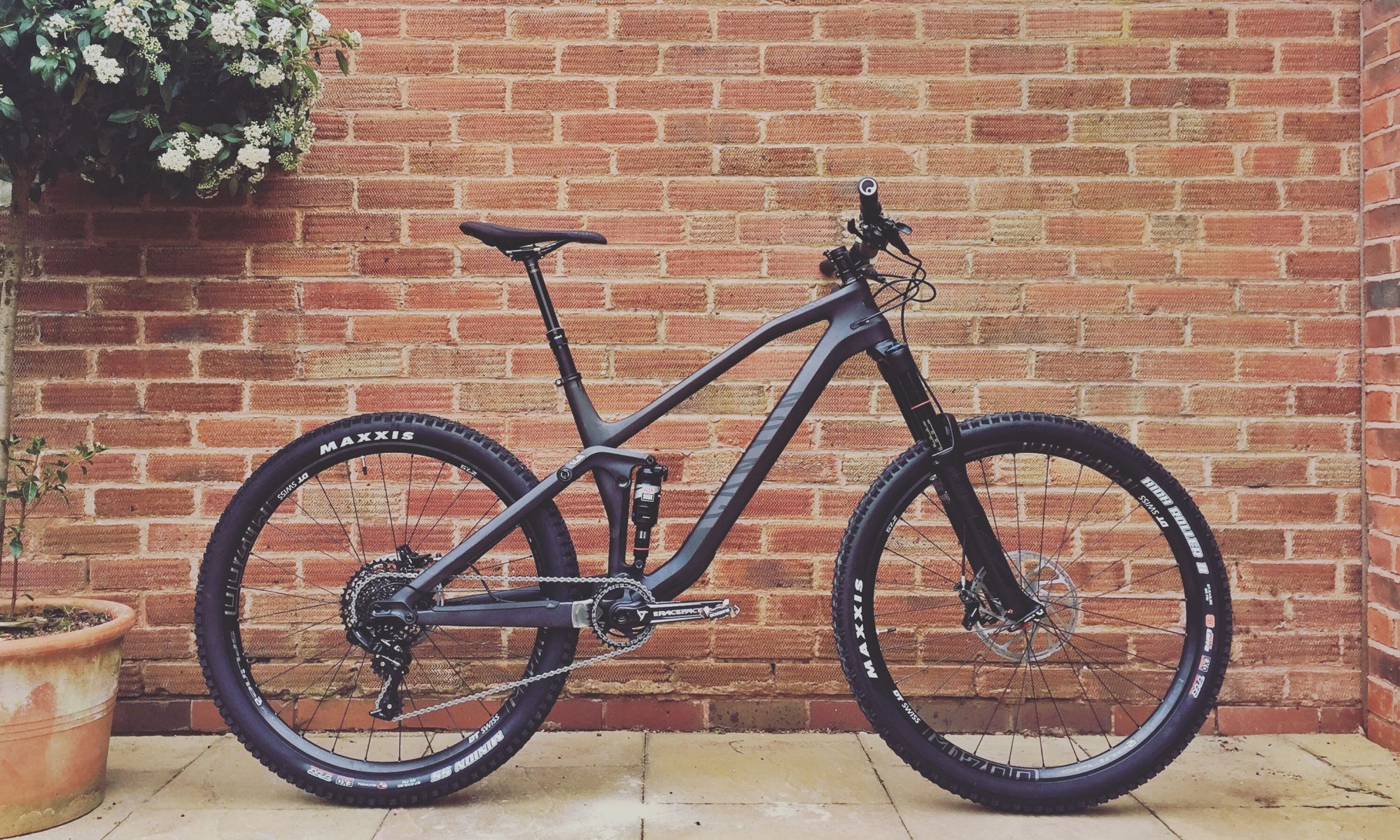 Is this a reliable review?

If you are looking for a full on technical breakdown of the Canyon Spectral CF 8.0 then this ain’t the review for you. I’m not one for obsessing over the latest shifters or geeking out that the extra tooth on my rear cassette has made a world of difference because I genuinely believe that for 90% of us who ride a couple of times a week, this won’t be a deal breaker. However, I have been mountain biking 25 or so years so hopefully my opinion counts for something.

What you really need to know

For a start, the kind of riding I do is varied but probably not too dissimilar to most UK mountain bikers. My local riding spot is Cannock Chase. The terrain is really varied; twisty single track in the forest, there is Stile Cop for a bit of DH, Follow the Dog and the Monkey Trail (managed trail centre riding), some open moorland areas etc. Then on occasion, I ride in the Peak District and Lake District. So ask yourself the question, what sort of riding do you do?

If I am totally honest, this bike is a bit of overkill for Cannock Chase if you just doing standard loops on the managed trails. That said, I’ve found it to be a god-send on the black sections with rock gardens and it is very capable on drops, but for the main trail, it does tend to make things a little bit easy.

When the Spectral really does come into its own is when you start getting a bit lairy on a rocky decent in the Lake District or when it gets really steep or really fast. I found myself a bit speechless the first time I had the chance to push it. I had come from a similar type of bike with similar travel (Lapierre Zesty 514), but that bike was donkeys years old. The subtle changes in wheel size (26in to 27.5in) and geometry makes this beast so capable.

I must have visited the Canyon website a million times. I don’t think throwing £3,000 around is something any of us with normal jobs and kids do lightly. Even when I had the green light from my other half (mainly to stop me moaning about my old bike), it took me a fair while to order this bike. As I say, I’m not a techy guy, but this is the first dropper post I’ve had on a bike and it is a GAME CHANGER. The speed you can progress along a varied trail is amazing. So much faff taken away. I also love the fact I no longer have a front gear shifter. Is this called ‘one-by’?  The SRAM Guide brakes seem lovely and progressive in their grip and plenty powerful enough. I’ve not tried them out on any alpine descents yet, but for the UK, they are on the money.

The thing that did catch me out is the width of the bars. Now I know I can cut them down, but for riding in Forestry commission, these are on the limit for width. I’ve clipped loads more trees on this bike than I did before but I guess it’s what you get used to. What I had considered as an alternative was the YT Capra. I took great pleasure in passing 3 on the Monkey trail at the weekend. They look lovely and I’m told great value for money but I have to say I do tend to buy with my eyes and the matte, mottled finish of the carbon frame is just so cool. It looks raw and honest as a finish.

Other cool looking bikes – Yeti SB5 and Santa Cruz Bronson. They would have been my dream bikes, but I didn’t feel they could offer thousands of pounds worth of extra quality or performance. Lovely bikes, but I wouldn’t get any more pleasure out of them than I would the Spectral, so that’s what I ended up with.

The latest version of this bike sounds like it is even more capable and even more fun. I think it represents stunning value for money, it rails corners, climbs pretty well and descends like it is on auto-pilot. For that reason I’d say it was a 10/10 from me. I shall hopefully have this bike for a long time because I can’t fault it! 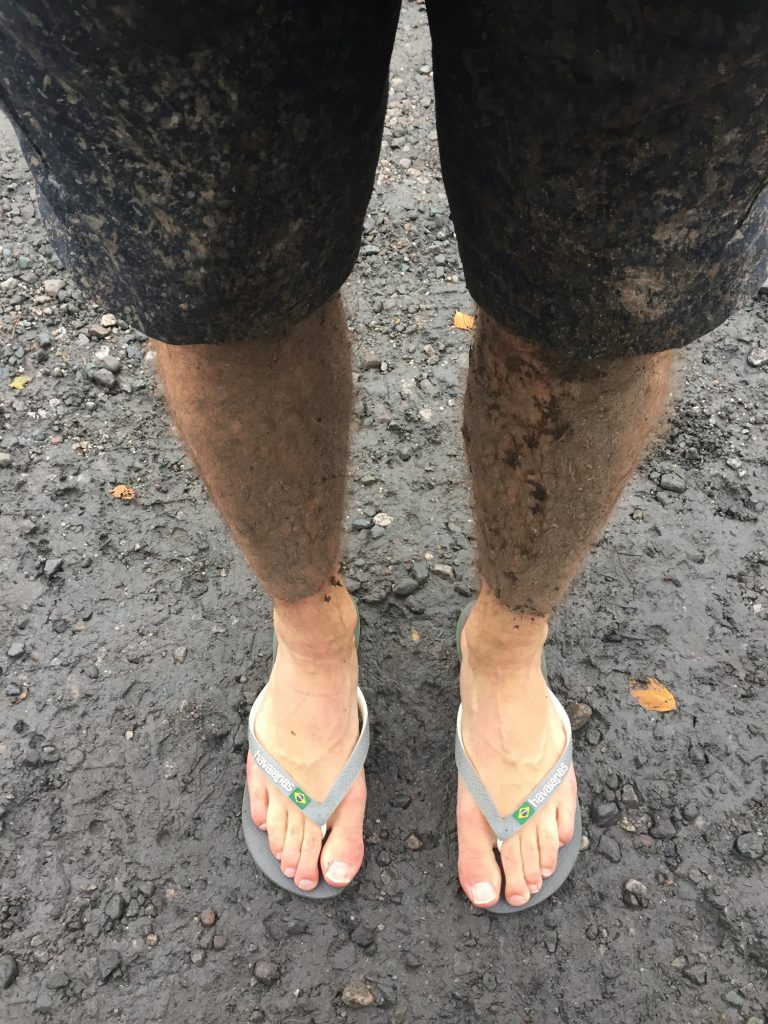 Riding in any weather

Rule #5 I hear you say Before anyone starts, I know, I KNOW. I am a softy Midlander with soft hands and a weak commitment… 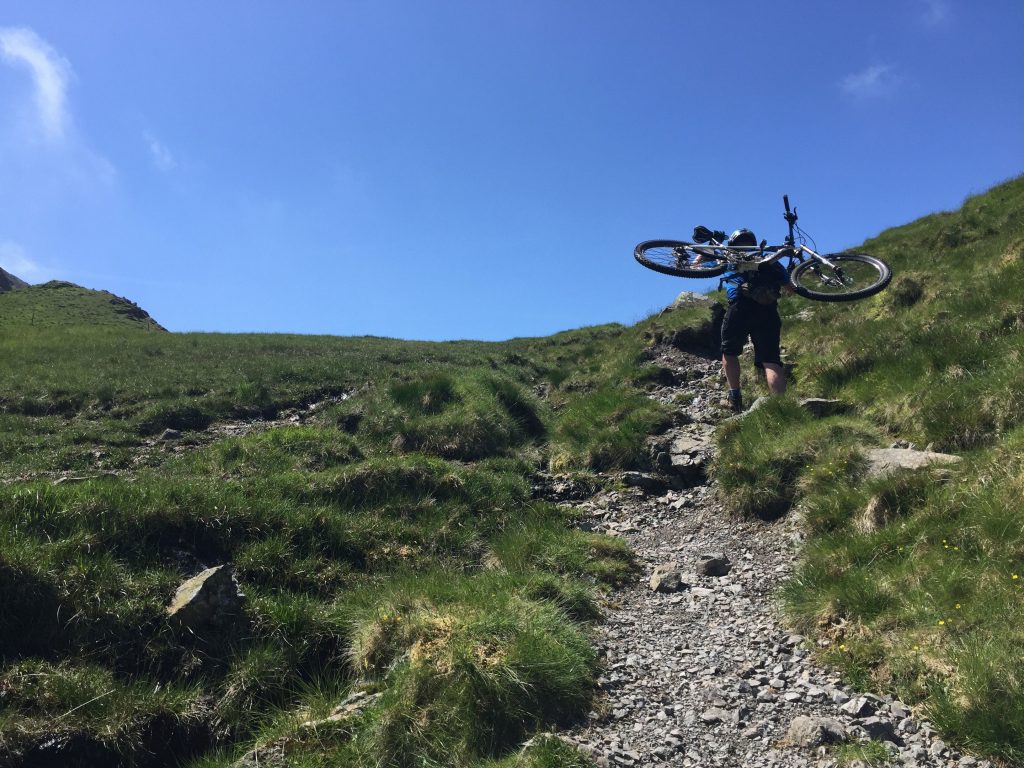 Hike-a-bike, is it worth it?

The Lake District – 4 passes mountain bike route Planning the trip If you are anything like me, you’ll relish the chance to have a weekend…