Hitting a Round Number of Miles 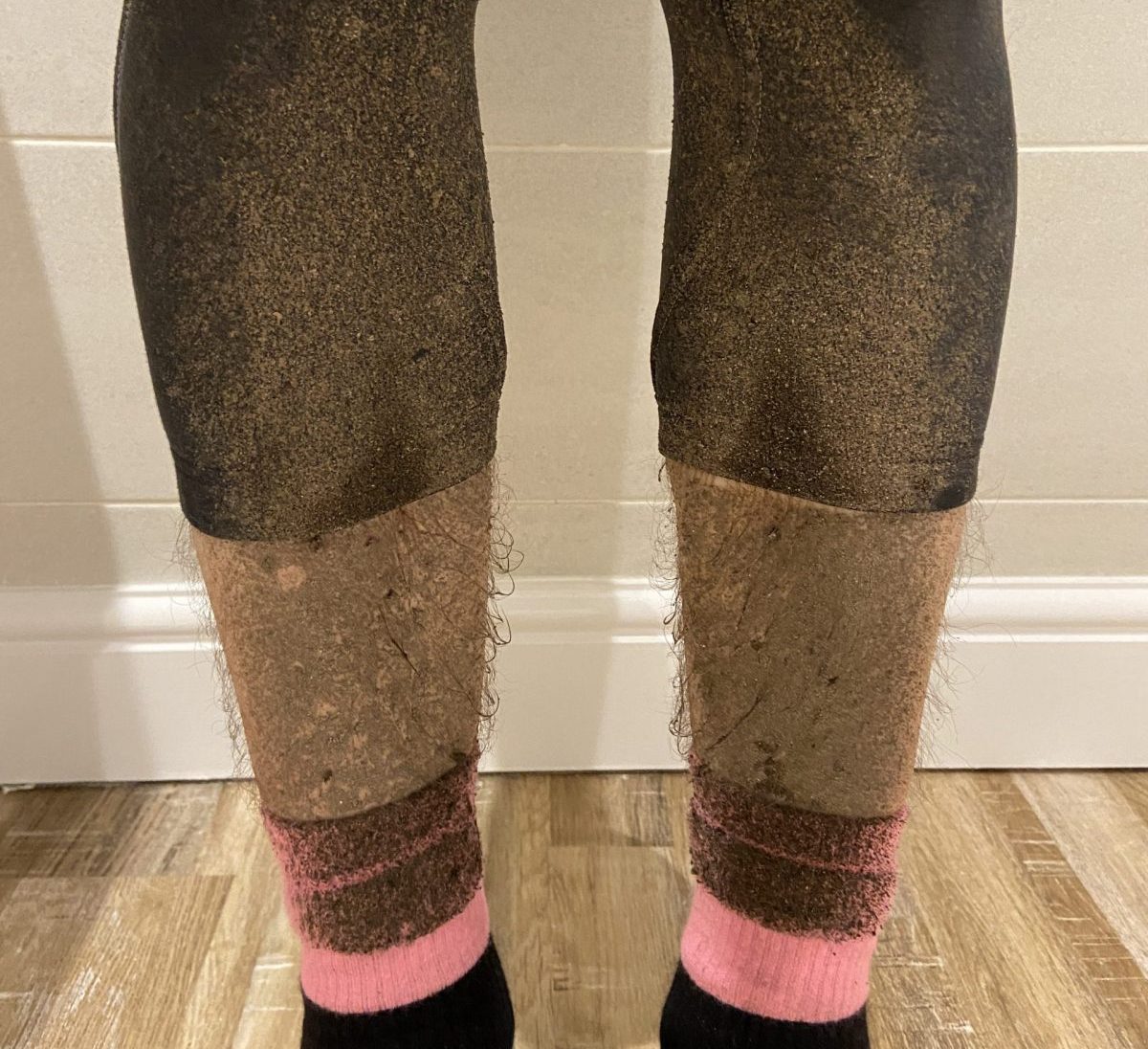 Why do numbers matter on a bike?

The truth is, they don’t.

Much like riding every day in October as I did here, there is something incredibly satisfying about hitting a round number. Whether that is averaging 20mph on a road ride rather than a frustrating 19.8mph or knowing you rode every day in a month; the satisfaction is in hitting that number.

If I’m honest, I’ve never really given the festive 500 (created by Rapha) a proper crack. Any moral support from friends seems to conveniently dry up each year and so I am usually left with the prospect of riding it solo.

I enjoyed switching off the laptop, opening the mince pies and generally became a bit of lazer.

This is a lovely animated summary telling you how great your year has been. How many hours, how many Mt Everests’ you climbed, your longest ride etc.

But then it came to total mileage which on the 28th of December sat at something like 1965 miles.

Having only ridden gravel and mountain bikes this year, my mileage wasn’t anything to make noise about but it was too close to 2000 to ignore.

I mean, I know no-one cares. But inside me, that little hit of achievement was really what I needed after the year 2020 had been.

So I set out on the 29th to go and get those miles in. However, the roads were iced up and I hit the deck within half a mile of my house. Mr “I’m such a great bike handler” had just crashed on the most unassuming corner less than a mile into the challenge.

Pride was wounded. Hip was bruised. Bar tape a mess.

I had all but given up, but that number kept haunting me, chipping away at my under-stimulated brain. “Come on you absolute weakling, get your ass out there,” my bike said to me.

And so I did on the 30th of December.

I started to crunch some miles but they were the ‘type 2 fun’ gravel miles. Miles where I yearned for my mountain bike. Miles that, when I looked down at my Garmin, I hadn’t even completed a mile since I last checked.

I got too cold. I rode home.

It was New Years Eve and I was left with just 34 miles to reach 2000. All year, I have been riding short 20 mile loops from my house or my mountain bike. The biggest gravel ride I did was 65 in the summer in Norfolk, so 34 in the cold felt like a big ask.

Dropping down through the Canwell Estate on the quiet roads, I was kindly reminded by a walker that it was icy ahead.

What they should have said is “You might want to back off a bit, as you are riding on black ice RIGHT NOW!”.

As quickly as I could, I got off road. Most of the remaining loop was forest, bridleways and access roads. I got home having done 34.2 miles and a total of 2000.2. It was dark, I was frozen to the core, but I had silenced that inner voice.

If you want to see the last 2 days play out on Instagram Stories, look for my highlight reel HERE

What a belter of an evening on The Wrekin. Thanks

Some days every trail you go to ride in Cannock Ch

Stumbled across one of the best short descents in

It’s amazing how quickly the confidence in jumpi

Took a few attempts to jump, but got it in the end

Great day out @dyfibikepark in Wales. For the full

Lovely muddy spin with Inca. Cannock Chase was a s

First mtb ride with Inca last night. She did so we 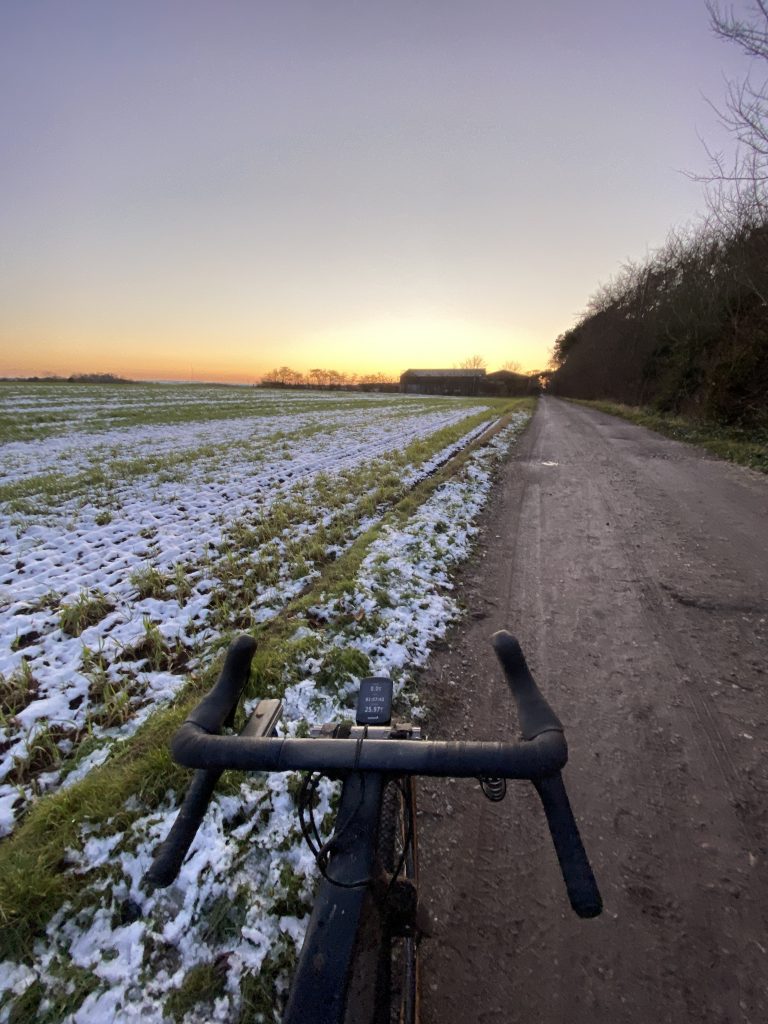 Cycling in a Pandemic It seems as though I have done more riding on my own in the last 12 months than I ever have…. 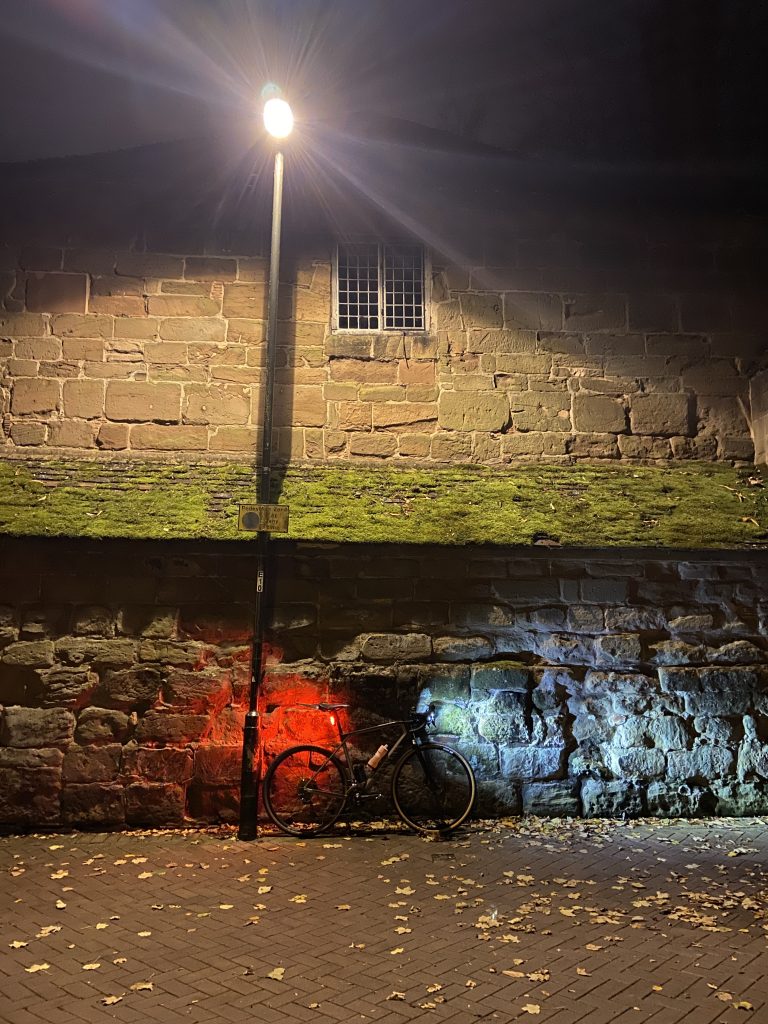 Riding every day for 30 days (in the wettest October on record!)

Why ride every day? I was trying to remember why I started this challenge or what sparked the idea. It came from a chap on…